On my riverside walks along the Wye I feel privileged to have seen the Otter swimming and at play. One of the most popular and endearing of Britain’s wild creatures, Otters can be found along the full length of the British and Irish coasts but also in many river systems and lochs. Almost extinct in England due to water pollution and hunting, their numbers have recovered and they are one of conservation’s great success stories.

As they are mostly nocturnal, Otters remain elusive and are hard to spot. They are great predators, eating up to 1.5 kg of prey a day. Our ‘River Otters’ feed on fish such as trout, salmon and eels; spawning frogs and toads in the Spring; and occasionally, small mammals and birds. They have a very large home range of approximately 32 km for males and 20 km for females.

Well adapted to life on both land and in the water, Otters have webbed feet for swimming, dense fur for warmth and can close their ears and nose underwater.

The collective noun for a group of Otters is a ‘Romp’ or ‘Lodge’ or a ‘Bevy’ or a ‘Family’. Male Otters are called ‘Dogs’ or ‘Boars’, females are known as ‘Bitches’ or ‘Sows’ and their offspring ‘Pups’.

Breeding and shelter takes place in ‘Holts’ – a form of burrow, natural hole or cave. Temporary shelter may be sought in above ground structures known as ‘Couches’. Breeding takes place during any month of the year and Otters have one litter a year, with two to three cubs in the litter.

Otters are Mustelids, the same family as the Badger, Pine Marten, Stoat, Weasel and American Mink.

‘Sea Otters’ are the same species as our ‘River Otters’ but are mainly active during the day with a smaller home range due to the abundance of food in inshore waters. 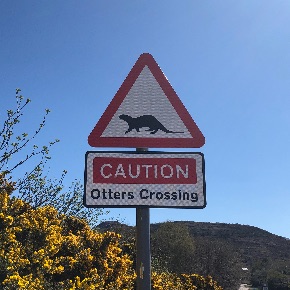 Scotland’s Otters are most at risk from road accidents, the single biggest source of Otter mortality (excluding natural causes).

Otters are a protected species. 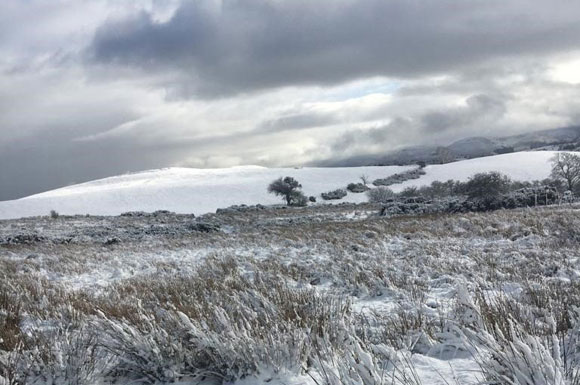