New album out now from The War on Drugs

The War on Drugs is an American rock band from Philadelphia, Pennsylvania, formed in 2005

With references to the 1980s soft rock and sythpop. In the spirit of Bryan Adams and Simple Minds

Described by The Guardian as  ‘All in all, it’s a rich, absorbing work that rewards immersive listening’ 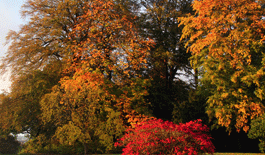